Tools and tips to address distortion and harmonics issues

Troubleshooting is a systematic process to detect and eliminate problems. Electrical Solution Without the necessary training, it is possible not to recognize power quality problems when faced with problems in electrical distribution systems. For example, a thermal-magnetic breaker that has normally tripped indicates a short circuit, a ground fault, or an overload. When the immediate problem is not obvious, it may be dismissed as "it is no longer an old circuit breaker that needs to be replaced."

Instead, a quality-savvy technician or engineer asks, "Maybe we should take a look at the types of loads in the system and monitor harmonics. Shouldn't we check for any imbalances?" 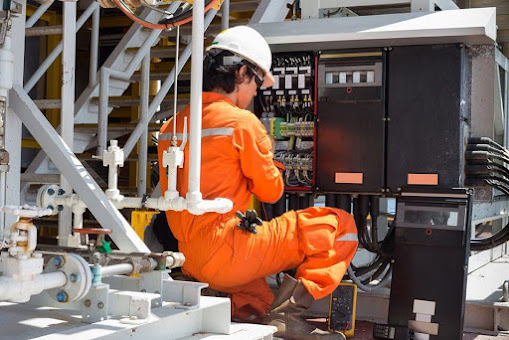 Knowing and recognizing the most common power quality symptoms and how to resolve them is a first step in troubleshooting power quality problems.

What tools are needed for this job?

First, you need a good set of up-to-date diagrams. Then use a power quality analyzer to measure and record the specific parameters associated with power quality. Other tools, such as a data logger , thermal imager , infrared thermometer , and a recording digital multimeter can also help you solve these types of problems.

What kinds of problems will you face?

The most common power quality problems are grouped into two large areas: Electrical services voltage anomalies and harmonic distortion problems. Voltage anomalies can cause a number of problems, many of which can be easily resolved. The key is to detect the symptoms.

Voltage fluctuations are responsible for up to 80% of all power quality problems. A dip or fluctuation occurs when the system voltage drops to 90% or less of the nominal system voltage, during an interval of half a cycle to one minute. Common symptoms of dips include dimming of incandescent lights if the downtime lasts more than three cycles, computer freezes, unexpected shutdown of sensitive electronic equipment, loss of data (memory) in programmable controls, and relay control problems.

To troubleshoot potential sags, start by monitoring the load where the sag symptoms first occurred. Compare the time the equipment failed with the time the voltage drop occurred; if there is no correlation, it is most likely not a voltage drop problem. Continue troubleshooting by monitoring downstream until you locate the source. Use the plant diagrams to help you determine if starting large motors is responsible for the voltage drop or if there are other sudden increases in the plant's current demand.

The frequency with which they occur power surges or surges it is barely half the frequency of falls. However, voltage surges in the system for short periods of up to one cycle or more can cause problems. As with all power quality problems, parameters should be tracked over a period of time, then observed and interpreted.

Symptoms of power surges include immediate equipment failure, usually in the power section of electronic devices. However, some equipment failures may not occur immediately, as power surges can occur over a period of time and damage components prematurely. If analysis of electronic equipment reveals poor power, monitor voltage trends on feeders and branch circuits that power the equipment. Where possible, compare the ratio of failures to similar equipment operating in parts of systems that are known not to surge.

When analyzing ASP Level 2 Electrician the results of the power quality study, look for any sudden errors that have occurred in the ground connection of a single phase line. This type of error causes the voltage to rise suddenly in the two phases that do not present problems. Loads in large plants suddenly drop off the line, and changing capacitors for power factor correction can also cause power surges.

The voltage transients can cause symptoms ranging from computer crashes and damage to electronic equipment to shock and damage to the insulation distribution equipment.

Transients, sometimes referred to as spikes, are substantial increases in voltage, but only during microsecond intervals. Lightning strikes and mechanical switching are common causes. Equipment failure during a storm is often correctly attributed to transients and power quality monitoring is not performed.

Other causes of transients include changing capacitors or capacitor banks, reconnecting systems after a power failure, changing motor loads, switching loads and fluorescent lamps on or off, and high intensity discharge, the change of transformers and the sudden stop of some equipment. For these transient conditions, monitor the load and establish a relationship of equipment performance problems or errors with events in the distribution system.

The normal generation of arcs between contacts when interrupting large loads can be a cause of transients. Use the facilities line to check in the upstream direction of the distribution system until you find the origin.

Power interruptions can last two to five seconds or longer. The symptom is usually that the computer simply stops working. Interrupts longer than five seconds are generally known as sustained interruptions. Most motor control circuits and process control systems are not designed to reset, even after a brief interruption of power.